And the dead are but for a moment motionless 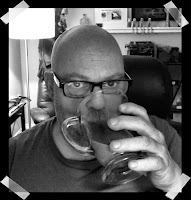 I love that line. I first heard it spoke aloud by  Orson Wells, in the introduction to THE FALL OF THE HOUSE OF USHER found on The Alan Parson's Project debut album, TALES OF MYSTERY AND IMAGINATION.

There is much to be gleaned from the above quote. Poe has always been a source of inspiration for me as a writer in that he does what most writers do. He identifies, sometimes dissects, and then draws an idea or thought from the source. He talks of poetry of which music is an essential.

And without the idea? Music is simply music.

The art of writing is drawn from all the senses, sight, sound, touch, smell and taste. As tellers of stories, be it fiction or non-fiction, the writer must have the ability to translate those senses and present them on a page where they will hopefully be read and consumed by hungry readers.

The senses we use to write can be enhanced as well. Hunter S. Thompson used drugs to enhance his writing experience, not recommended, but many use music to set the stage. Music, whether it's Classical, Rock n Roll or even Death Metal, can bring forth creativity,  deep concentration, and illumination.

I've written four novels to date. My first, a horror novel called. THE EQUINOX, the second, a science fiction horror called ACADIA EVENT, the last two are about the evolution of a serial killer and the law enforcement tracking him, HIGHWAYMAN, and FOUR.

All of these novels are quite different, except for the evolving style of the storyteller. I liken the writing style of most writers to the Charles M. Schulz comic strip PEANUTS.

What do Snoopy and Charlie Brown have to do with writing?

Well, first of all, Mr. Schulz was a genius, he managed to draw these characters in which a sad-sack kid, Charlie Brown, bumbles through his adolescence in a perpetual state of angst, while his dog is off fighting the Red Baron, being Joe Cool, and is readily accepted by Charlie's peers.

If you look beyond the brilliance of delivering a pleasurable story with a minimum of words coupled to a storyboard of cartoon characters, there is something more to learn. Look at the art, you can Google it, and what you'll see the constant improvement of an artist's talent.

The same goes for writers. The more we write, the more we review our own work and learn from it, the better it gets. That is until fame and fortune taint us, we become drug or alcohol addicted, rest on our laurels and become another tragic genius.

My first novel, THE EQUINOX, which I still hold a deep affection for, was the first time I made love with words on such a grand scale. It was exhilarating and terrifying at the same time. While I enjoyed writing the story, there would be critics, and once I released it, there would be no going back. I learned an awful lot of things writing that book. While working 70-hour work weeks in a day job that took me from home, I somehow found time to bring a story to life that was more than 100,000 words. Like most aspiring writers, I had to carve out time and in that frame, I had to find my muse and get down to it.

Part of that was getting into a frame of mind, a "writer's zone" and running headlong into the abyss. One of the essential tools for that is music, or what I now refer to as "My soundtrack for writing."

Music with the idea. That first novel had a soundtrack that ranged from Progressive Rock, Heavy Metal, Folk, Instrumental and even alternative Country. The music awakened senses, casting shadows upon blank pages,  and then... Click click click.

All of my books have a soundtrack. I can recall Ozzy Osbourne's, "No More Tears, cadence beat, in ACADIA EVENT, to the terror my protagonists abducted wife, Maggie, tied up in the back of a car being driven to the hideout of a murderous Irish Gangster named Jude Shamus. Also found on the ACADIA soundtrack are THE DRIVE-BY TRUCKERS, THE ALLMAN BROTHERS BAND, and ACDC's, "Thunderstruck."

In HIGHWAYMAN, I found myself drawn to harder rock with sometimes dark lyrics. I would actively search out music that seemed to fit the crazy stuff swirling around in my head. I could hear the band CLUTCH singing, "You should have closed your windows and got another dog. You should have chained up all the doors and switched up all the locks." in "The Regulator."

In Highwayman's sequel, FOUR, I listened to, "There's a bullet in my pocket burning a hole. You're so far from your weapon and you wanna go home." in THE DEAD WEATHER'S, "So Far from Your Weapon." For one character, this set a tone of reckless abandon while making a run for the river.

And what am I giving you? Snippets of my writing and the music that played on. The soundtrack to the ethereal musings of author M.J. Preston. As the journey continues, the music changes along with a landscape and it's demographic of characters.

But a constant remains.

Without music or an intriguing idea, color becomes pallour, man becomes carcass, home becomes catacomb, and the dead are but for a moment motionless.

Posted by http://authormjpreston.blogspot.com/ at 6:38 AM No comments:

The Ballad of Ken Chan 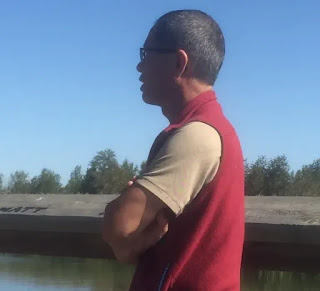 Posted by http://authormjpreston.blogspot.com/ at 11:07 PM 6 comments: